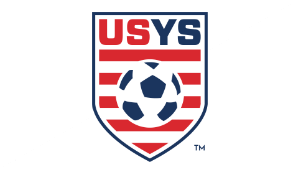 The leaves are changing, the air is getting cooler, and the fields are starting to feel like home again. It is now fall in New Hampshire.  Many leagues are in full swing and are a few weeks into their regular season.  It is great to be a soccer player in our state.  We are incredibly lucky to be in the position to allow our youth and adults the opportunity to continue playing this beautiful game.

For those of you who do not know me, my name is Cullen Madden and I currently serve on the New Hampshire Soccer Association Executive Board as the Vice President of Youth Competitive Soccer. I oversee the state’s youth competitive landscape. I am here to be a voice for clubs, leagues, and voice on the youth side of the game at the national level.  I take great pride in the fact that New Hampshire has a strong and growing foundation for youth soccer here in the state with many clubs, teams, and members taking it upon themselves to develop in all aspects of the game.

While many clubs and teams are doing exceptionally well, there have been a few issues that have arisen over the past couple weeks that I would like to address globally so we can finish this fall season well.

Over the first few weeks of the season, our largest issue, unfortunately, has been bench decorum of team officials. With numerous disciplinary hearings already this season, I must remind our members that US Youth Soccer and the New Hampshire Soccer Association have zero-tolerance policies in place and that we take this seriously as no member, in any capacity, should be abused verbally or physically in this beautiful game.  When it does happen however, we deal with each instance accordingly.

We fully understand that this beautiful game is fueled with passion but when passion turns into something more, something that brings the game into disrepute, something that in most cases embarrass our children, I assure you, we will hear about it and it will be dealt with quickly as there is no place for this behavior in our game.

It is obvious that this is not only a New Hampshire problem.  Poor bench decorum has been a systemic problem within the game for as long as the game has been played.  This is why in July of 2019, The International Football Association Board (The IFAB) drastically changed the Laws of the Game in hopes of eradicating the poor behavior from the game.  Through these changes, The IFAB empowered referees to deal with poor behavior by use of clear and direct instructions. There are now levels of discipline clearly stated for team officials when dealing with bench decorum.

As this fall is the first time many teams have played any level of soccer since these changes were fully adopted, many clubs & coaches have reached out as they have received discipline in the form of yellow and red cards due to their actions. While I wish this wasn’t the case, I think we all know there would be a learning curve from all participants. I must remind our members that the responsibility is on themselves to ensure they are current on the Laws of the Game as well as the application or interpretations that come with these law changes.  The state provides numerous resources to its members prior to each season to assist with this and yet many have not taken advantage of them.

All referees are required to attend training annually to ensure the information is disseminated to them.  This unfortunately is not the case for players or coaches.  It is obvious due to the reports we have been receiving that many have not taken the time to read through the current changes from the past two years. There were many drastic changes that clubs, teams, coaches, and players are now having to deal with as a consequence of not staying current.

I urge each of you to take the time to read through the Laws of the Game.  Ignorance of the Laws of the Game is not a reason for you, the member to not receive disciplinary action.  In many cases, what we are seeing this season is that clubs are having to learn these new Law Changes first hand after they have received disciplinary action (often with fine attached) and ask for it to be adjudicated because “it’s the first time” or “we didn’t know”. These are not acceptable reasons for an appeal. As you will see, it is noticeably clear cut in terms of what level of bench decorum receives what level of disciplinary action.

It is my hope that our members take this as an opportunity to brush up on the Laws of the Game. It is unfortunate that I must send this email as many members are doing exceptional and are truly leading by example at all levels of the game.

I wish you all the best of luck and continued health for the rest of the season.

For the Good of the Game,