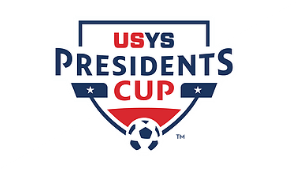 NHSA Open Cup is the combination tournament for teams who wish to play in the NHSA President’s Cup but do not wish to travel to play at the Regional/National level of the President’s Cup.

Regardless of which tournament you register for, your team will play and be seeded against teams from both registered tournaments.

All Competitive teams and clubs playing in the PRESIDENT’S CUP, will have to have all NHSA fees paid up to date and Registration fees paid and received into the NHSA office by January 1, 2020; in order to be eligible to participate in the Regional/National tournament. If fees are not received, the team will be placed in the OPEN CUP.

All Competitive teams and clubs playing in the OPEN CUP will have to have all NHSA fees paid up to date and Registration fees paid and received into the NHSA office by February 10th, 2020.

ALL TEAMS(both champions and finalists), at the final games, will be required to attend the awards ceremony. Also, we do expect ALL coaches, players, and spectators (from both finalists and champions ) to show mutual respect and sportsmanship to all teams, referees, volunteers and staff involved in said events.

ALL FACILITIES USED AND ALL STATE TOURNAMENTS ARE A NO DOGS/PETS ALLOWED AND SMOKE-FREE EVENT. NO BBQ’S.  PLEASE PASS THIS ON TO YOUR TEAMS AND SPECTATORS.

Special NOTE: Tournament is open to ALL TEAMS in New Hampshire. Teams not currently affiliated with NHSA are welcome to play in either tournament. Teams will have to affiliate to participate (See form HERE).

Teams looking to participate in the PRESIDENT’S CUP who are not affiliated will also have to pay to become members of NHSA (See form HERE).

Want to join the discussion?
Feel free to contribute!