Costa comes to the UPSL following a career as a Player, Coach and Manager for a number of Pro Development clubs in New England.

United Premier Soccer League East Coast Director Jim Antonakas said, “I am excited to work with Luis. His experience and knowledge about the game stretches beyond borders, and Luis shares the UPSL’s vision for growth. He’s seen the league first-hand as a coach. I think that’s important, and will give the league an on-the-ground perspective in one of the country’s top soccer markets.”

UPSL Northeast Conference Patriot Section Manager Luis Costa said, “I am very excited to work with the UPSL on expanding the league’s East Coast footprint and developing the Patriot Division to create a platform for teams on the East Coast like there has never been before. We are looking forward to introducing the UPSL Women’s Division, the Masters Division and the Youth Academy as the UPSL grows in the Northeast.”

Costa is a native of Azores, Portugal, and was a youth player at Lusitânia Futebol Club. After immigrating to the United States in 1986, Costa was an all-state player and graduated from Boston (Mass.)’s Lowell High School. He last played for Lowell United (USASA) before a knee injury derailed his career.

“There’s a huge demand for good conference managers throughout lower division soccer. It’s hard to find qualified candidates who have also seen it from the other side (playing), and can try to fix those issues and be a top manager that the teams are looking for,” Costa said. “I’ve been there. I’ve been on the other side as a player, as a coach and as a manager of clubs, so for me it’s about finding what kind of management assistance the clubs need. That’s why I’m here – to help the teams in the Northeast and the UPSL as a whole, because I know what it takes and how clubs run.”

“I would like to see teams grow their organizations to the point of professional status. Turning and average club into a professionally-run club – that’s my goal,” Costa said. “I want to make a difference in the league, and see the Patriot Section operate upon a higher level because of the top professionalism coming from within the clubs.”

UPSL teams are all eligible to participate in the U.S. Open Cup Qualifying Rounds through the leagues affiliation with the U.S. Soccer Federation (USSF) and the United States Adult Soccer Association (USASA).

More information about UPSL can be found at www.upslsoccer.com or by following the league on Facebook (www.facebook.com/upslsoccer) and Twitter (@upslsoccer). 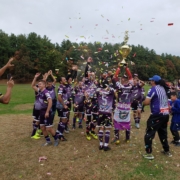 LHIFA Finishes Their Season with Skill and Passion – 2019 Championship 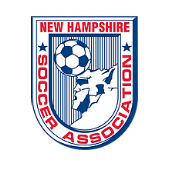